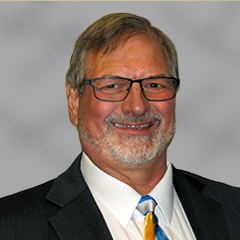 Bruce N. Shibles joins AB-CRS’s panel of neutrals after a varied 34+ year legal career that started in Maine as an Asst. Attorney General prosecuting civil child protective and child support cases, among other matters, followed by time as Asst. City Solicitor in Bangor, Maine handling a wide variety of municipal legal issues. Bruce then practiced real estate, land use and environmental litigation, administrative, and municipal law in Connecticut, before moving to Colorado and being admitted to the Colorado Bar in Spring of 2001.

The early part of Bruce’s Colorado legal career was spent litigating adversary proceedings in Bankruptcy Courts throughout the United States. Bruce then settled into a successful insurance defense civil litigation practice in 2004, initially at the panel counsel defense firm of Markusson, Green, and Jarvis, before moving to the branch litigation office of Farmers Insurance Exchange (most recently the Law Office of Robert B. Hunter) before his recent retirement from an active trial and litigation practice.

During his trial practice, Bruce retained and cross-examined expert witnesses in multiple medical specialties, as well as psychology and neuropsychology, engineering, forensic accounting, as well as other expert disciplines. In that role, he has seen how juries react to those experts for both parties.

During his career as a trial attorney, Bruce tried hundreds of bench and jury trials to verdict, as well as participated in multi-party construction defect arbitrations, and argued appellate cases in both Maine and Colorado, which involved varied legal issues, disputes, areas of law, and facts. These cases always resulted in outcomes that one or more of the parties had not hoped to achieve. It is this last point that leads Bruce to the next step in his legal career.

Bruce has mediated hundreds of disputes over the years to resolution. He knows that resolving litigation disputes is ultimately in the best interest of all parties. He has extensive experience developing and analyzing a case’s value, working with adjustors and litigants in a case, and, where necessary, pointing out where value may need to be adjusted; ultimately resulting in resolution of a case to the benefit of his client. Bruce also believes that focused binding arbitration in certain matters can result in more efficient resolution of disputes than may be possible in the civil trial litigation arena.

Bruce firmly believes that a mediator neutral must be willing to carefully and thoroughly review all sides of a dispute, delve into the legal issues as necessary, point out the strong and weak points of each side’s case, definitely not just be a person taking $ numbers back and forth between rooms, and perhaps, most importantly, listen carefully and sincerely while the parties explain their positions.  It is through this process that mediation can proceed to a resolution with both sides reaching an outcome that results in finality, even if not exactly what they had hoped to accomplish in the litigation, and an end to the uncertainty, risk, and continued expense of taking the matter to trial. Bruce has the experience, expertise, patience, understanding, knowledge, and negotiating talents to assist you and your clients in resolving your disputes.

Before heading to law school, and during law school, Bruce used his undergraduate and graduate degrees in the sciences working jobs in environmental consulting and other disciplines conducting research on sea level rise along the South Carolina coast, managing beach restoration projects in that area of the US coast, assisting with short courses on South Carolina barrier beach geomorphology for petroleum geologists and geophysicists, analyzing and testing for the impact of the oil exploration and extraction industry on the aquatic and upland environment of the Niger Delta and other parts of Nigeria for the Nigerian government, and conducting research on sustaining cross boundary fisheries resources under UN Law of the Sea Treaties. In fact, this background in the sciences was used by Bruce for the benefit of his clients over the years in many of Bruce’s cases.