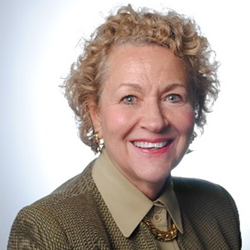 Cathy Klein started her mediation practice 8 yrs. ago with skillful, compassionate and creative solutions to problems. Today she has a reputation of getting the job done effectively while using a creative approach tailored to each individual situation. She strives for solutions to complicated and intractable problems while using an effective and common sense approach. Cathy is resourceful, & a strategic thinker who responds to the shifting landscape of multi-party disputes. Cathy was named Mediator of the Year for Jefferson County in Colorado and listed in the Wall Street Journal as a Businessman of the Year. She is also a member of Gerry Spence’s Trial Lawyer College comprising of top national trial lawyers. Cathy is committed to a successful result for each individual, entrepreneur, Start-up Company, and going concern. She welcomes the opportunity to assist in your solution

PROFESSIONAL AND GOVERNMENTAL POSITIONS
Cathy has a strong practice of serving the community. She is currently on the newly formed Greenwood Village Police Foundation. She has served on the Boards of countless community and philanthropic organizations, including the Denver Ballet Guild, Kempe Center for Child Abuse and Neglect, Peer Assistance Services, and Colorado Nurses’ Association. She has taught employment and negotiation issues at University of Denver Daniels Business School, and has mentored law students and new lawyers. She was appointed by the governor to serve on a regulatory board, and has testified for legislative changes.