These days, few civil litigators are strangers to arbitration because contractual provisions to arbitrate are common. Put simply, in arbitration the parties have contractually agreed to bring disputes before one decision maker or a panel of three private decision-makers rather than before a judge or jury.

This article describes ways counsel can make the arbitrator’s job easier to facilitate a prompt and successful result at less cost.

“Why should counsel care about making life easier for the arbitrator? Because it is in counsel’s and the clients’ best interests to do so.”

Why Focus on Helping the Arbitrator?

Why should counsel care about making life easier for the arbitrator? Because it is in counsel’s and the clients’ best interests to do so.

First, arbitration is meant to be an efficient means of dispute resolution. All too often, though, parties complain that the arbitration took as long as it would have taken to litigate the case in court. In most cases, it should not be that way. The suggestions below will help counsel achieve a prompt resolution of the client’s problem.

Second, arbitrators cost money. Arbitrators typically are paid an hourly rate. That cost is multiplied for a three-member panel. On top of that, the client must pay the attorney for time spent on the case. The suggestions discussed below help the arbitrator and counsel spend less time on the case, and thus save the client money.

Third, to paraphrase a maxim more often said about moms: “If your arbitrator ain’t happy, ain’t nobody happy.” If parties are in arbitration, they have taken the time to select a qualified and impartial neutral. Arbitrators take seriously their obligation to consider the evidence fairly and decide the case according to the law and the evidence. However, a lawyer who is disorganized or unduly combative not only makes the arbitrator unhappy, but may be damaging the client’s case as well. Such counsel is asking the arbitrator to rule in favor of the client in spite of himself. Don’t do that. Instead, practice in a way that makes it easy for the arbitrator to look favorably upon the client’s case.

A few caveats are important to note here:

■ Arbitrators have different styles and opinions. For example, some like to follow the rules of civil procedure as closely as possible, and some apply the rules of evidence more strictly than others. Know the arbitrator and modify these suggestions accordingly.

■ The author’s views are her own and are not made on behalf of any alternative dispute resolution organization.

■ No criticisms should be taken personally. The author’s experiences as an arbitrator reveal that most counsel are professional, present their cases well, and are a pleasure to work with.

■ While the suggestions in this article are also applicable to cases before judges, the author has never been a judge.

Arbitration should be a fair, efficient, and economical means of resolving disputes. Counsel, as well as arbitrators, can take steps to achieve that result. The following are some practical suggestions to make an arbitration run smoothly.

As judges say over and over again: You need to confer with opposing counsel. Conferring is more than exchanging polarizing emails. It means talking and trying to reach reasonable accommodations. The need to confer starts with the scheduling order and addressing such topics as hearing time, deadlines, discovery limits, and motions procedure. It continues throughout the arbitration process regarding discovery disputes, proposed motions, joint exhibits, admissibility of exhibits, and undisputed facts. Counsel will not resolve every issue, but by conferring with opposing counsel, the most is made of the arbitrator’s time—and the client’s money—by limiting the matters to be raised with the arbitrator to true disputes.

Many arbitrators find it efficient to be readily available for phone conferences with counsel to resolve disputes. In that circumstance, counsel can be tempted to give short shrift to discussions with opposing counsel and instead move directly to a call with the accommodating arbitrator. The result can be that nearly every issue—major and minor—is presented to the arbitrator for a decision. The danger is that the big issues can be lost among the minutiae. The better practice is to try to resolve minor issues with opposing counsel so that the arbitrator can focus attention on the important disputes.

Arbitrations are generally less formal than court proceedings. Most pre-hearing conferences take place by telephone. Hearings are held in a conference room rather than a courtroom and usually are not transcribed.

Nonetheless, less formal should not mean less professional. Not every issue needs to be treated as life-or-death, and counsel shouldn’t fight just for the sake of fighting. By statute, the grounds for reversal of an arbitration award are extremely limited. This puts matters such as admission of evidence on a different procedural footing than in a trial by jury, for example. Generally, the only evidentiary ruling that can be grounds for vacating an arbitration award is the arbitrator’s refusal to consider material evidence.1 Thus, the arbitrator will often admit marginally relevant matters into evidence with the proviso that the evidence will be given the weight it deserves. So it makes no sense for counsel to object to the admission of every item of evidence, particularly on grounds of relevance.

That does not mean that counsel should never make evidentiary objections. Well-founded objections can call the arbitrator’s attention to the weakness in a piece of evidence. Also, although it happens rarely, arbitrators sometimes exclude evidence. If evidence is plainly irrelevant and submitted simply to make the other side look bad and prejudice the arbitrator, for example, the arbitrator may well draw the line and exclude the evidence. And all arbitrators lose patience with repetitive evidence. So don’t stop making objections entirely. Just consider whether an evidentiary issue truly matters before making it a matter of mortal combat.

Arbitrators should manage arbitration proceedings as fairly, diligently, efficiently, and economically as possible. They owe that obligation to the parties in the matter before them, as well as to the integrity and trustworthiness of the arbitration system itself. Nonetheless, when counsel and parties complain that arbitration ends up being every bit as long and expensive as a court action, it is important to look not only at the arbitrator’s case management but also at counsel’s conduct. The length and cost of an arbitration proceeding can be directly proportional to the volume and nature of discovery (and resulting discovery disputes) and motions practice. Counsel plays a pivotal role in containing those factors. If counsel stipulate to 20 depositions per side, for example, the arbitrator may be reluctant to impose more stringent limits. Similarly, multiple attorneys may seek to file broad and expensive dispositive motions despite warnings that such motions are rarely granted.

“The better practice is to try to resolve minor issues with opposing counsel so that the arbitrator can focus attention on the important disputes.”

An experienced arbitrator has tools for managing a case efficiently regardless of counsel’s approach. But it is important for attorneys to recognize that arbitration is not just litigation in a different forum. The parties presumably included an arbitration clause in their contract in part because they wanted a faster and more cost-effective means of dispute resolution. Counsel should further those goals by asking only for the discovery they truly need and permission to file only motions that are well-founded, narrowly tailored, and reasonably likely to succeed.

Arbitrators are most persuaded by written submissions that are well-organized, concise, and to the point. Flowery language, hyperbole, and attacks on the integrity of opposing counsel or parties don’t help. The logical presentation of well-sequenced arguments supported by facts and law is much more effective.

Here are some tips for motions and briefs:

■ Numbered paragraphs, bullet points, or charts can aid in presenting a well-structured and concise argument.

■ A few cases on point with their relevance explained at least parenthetically are more useful than string cites of many less relevant cases.

Also, take advantage of the fact that an experienced and intelligent decision-maker is presiding. Don’t let the expert take an extreme position that, while purportedly favorable to the client, defies common sense, undermines the expert’s credibility, and may damage the trustworthiness of the entire case. Understand the expert’s analysis and look at it with a critical eye before the hearing.

Good organization—whether in legal writing, presentation of testimony, or arrangement of exhibits—is golden. Nothing makes an arbitrator happier than a well-organized and carefully pruned case presentation.

Organization, or the lack thereof, is most evident in the selection and presentation of exhibits.

“An experienced arbitrator has tools for managing a case efficiently regardless of counsel’s approach. But it is important for attorneys to recognize that arbitration is not just litigation in a different forum.”

Here are some best practices:

■ Pre-number exhibits and provide separate exhibit lists for joint exhibits, claimant’s exhibits, and respondent’s exhibits, with dates and descriptions. It is easiest to include all pre-numbered exhibits in the notebooks, whether stipulated or not. Then, at the end of the hearing, counsel can provide the arbitrator with an agreed list of all admitted exhibits so that all other exhibits can be removed from the notebooks.

■ Use one color of notebook for joint exhibits, a second color for claimant’s exhibits, and a third color for respondent’s exhibits, so that it is easier to refer to the notebooks at the hearing. Agree on notebook colors with opposing counsel, resting assured that the arbitrator will attribute no significance to the colors chosen. Label the spine and front of each notebook with the pre-numbered exhibits it contains.

■ Resist the temptation to take a “kitchen sink” approach to exhibits. If that proves impossible, at least organize exhibits in such a way that the documents likely to be used are in the first few exhibit notebooks (organized chronologically or in another logical sequence) and the others are in the last notebooks. (Odds are that the last notebooks will never be opened.) That arrangement minimizes the cumbersome juggling of notebooks for witnesses, the arbitrator, and counsel at the hearing.

■ Use excerpts of voluminous documents, highlighted as appropriate, but have one copy of the full original documents available at the hearing in case opposing counsel objects to the excerpts selected.

The foregoing suggestions are not rocket science. In fact, many echo the advice for good advocacy typically given by judges to litigators who appear in their courtrooms. That advice is equally wise when applied to arbitrations. It serves all concerned to make the arbitrator’s—like the judge’s—life easier. 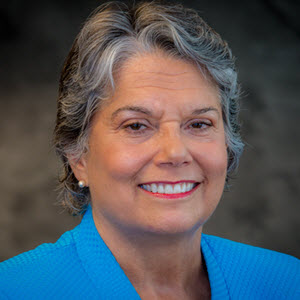 Pot and Real Estate Congratulations Joe Epstein
Scroll to top
We are currently following state and local recommendations as related to the recently updated guidance from CDC. All services may be scheduled for in-person or remote appearance. Please feel free to contact us with any questions you may have. Give us a call at (303) 355-2314 to discuss your needs orschedule online here.