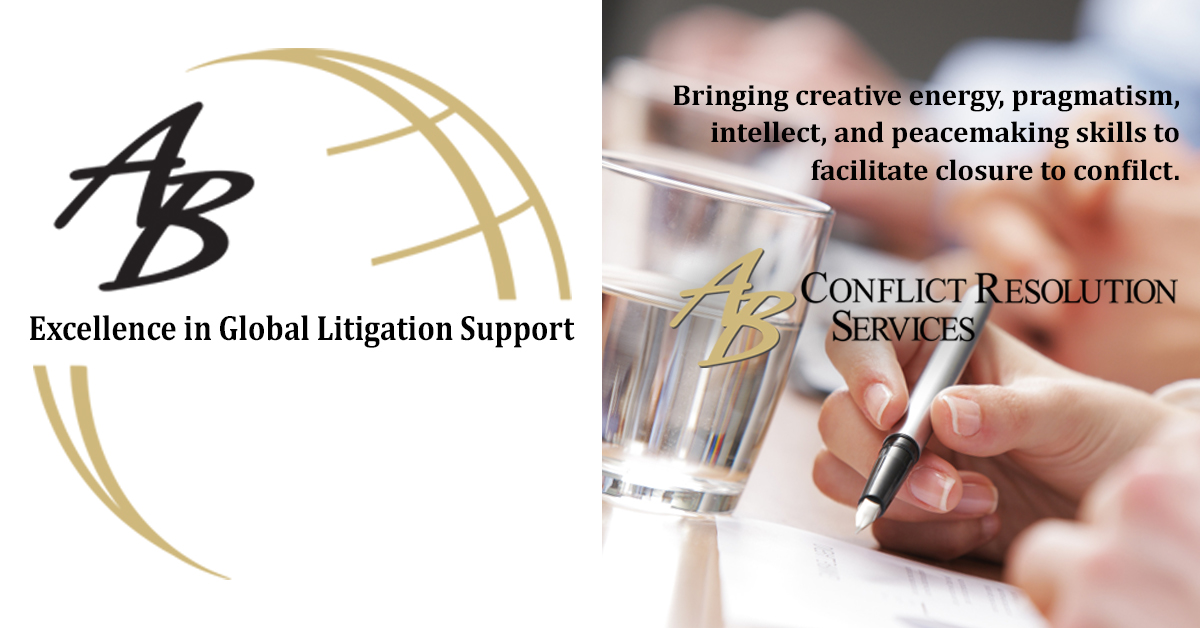 Our distinguished and experienced panel of ADR specialists handle all areas of #disputeresolution. Additionally, each panelist establishes their own rates providing all clients the flexibility to select the panelist that matches the dynamics of their case.

The two important issues to keep in mind when dealing with cannabis real estate issues are: first, it remains a federal violation; and second, state and local laws are moving targets and need to be updated for each transaction. As you know, cannabis for both medical and recreational use is legal in Colorado, but the state and local laws and ordinance governing each are very different and change frequently. There are banking prohibitions that make it difficult, if not impossible, for business owners to obtain traditional loans and conduct business through traditional banking venues. Most customary deductions allowed for carrying on a trade or business do not apply. 26 USC §280E

Cannabis businesses are required to get both local and state licenses which include background checks, Colorado residency requirements and other matters that go beyond the scope of this article. Regarding real estate issues, several insurance title companies either make it very difficult or refuse to close on real estate transactions used for cannabis purposes. Thus, it is important to get early title insurance commitment that it will not interfere with the closing simply because the property involves cannabis.

There are lending and deed of trust issues arising from financing. It is very difficult, if not impossible, for cannabis businesses to get traditional financing. Most financing packages the real estate professional may encounter are high interest individual financing, and as of January, 2017, out-of-state financing is available with certain restrictions.

Additionally, there are “ownership” issues. The relationship between a landlord and tenant may be considered “ownership” by the State of Colorado Marijuana Enforcement Division (MED) Rules M, R103, 204.5(C)(2). This is based on various factors including rent based on profitability, landlord involved in management, too much rent being paid, and security interests in the property. It is important for the real estate professional to be aware of these risks of one party unintentionally being considered an owner by the MED.

There are constantly changing local licensing issues that sometime appear to be arbitrary, butnevertheless need to be considered. Some of these issues include zoning, certificates of occupancy, fire inspections, to name a few. Each municipality may have its own rules, with some municipalities allowing medical but no recreational businesses or vice versa. Thus, it is critical for the real estate professional to be aware of these critical local licensing issues, as well as state licensing issues. By example, in May 2016, Denver’s Ordinance No. 16-0291 is an effort to restrict and reduce the number of licensed stores and grows in Denver. It limits the transferability of cannabis businesses located at the same address. It is important to note that the same addresses may also include different cannabis businesses located in one address with different suite numbers. Applications must pay a non-refundable fee that complies with zoning and location restrictions. The applicant must show financial capability and good character with no disqualifying criminal record or cannabis licensing violations; lawful possession of the premises, which consist of a deed, lease, real estate contract contingent on successful licensing. Also, no new grows will be allowed within 1,000 feet of a school or residential district measured as the crow flies.

The MED requires that a licensed cannabis business have a possessory interest in the real estate in which the business will be operating, Rules M, R302(A), which can be achieved by ownership of real estate or by leasing it. A lease should include a right to terminate upon a threat from federal enforcement agencies unless the tenant’s behavior caused the federal intervention. This is important for the landlord who wants to protect the real estate from federal or state seizure action. Whereas, the tenant wants protection against rent payment obligations after the federal agency prohibits the operation of the cannabis business on the property. It will also be helpful to make a lease contingent upon MED approval. The approval by the MED will be location-specific, requiring proof of possessory interest in the property. Rules M, R302(A). The state license by the MED will additionally require local approval. Rules M, R201(E). Most local approval requires a certificate of occupancy to be issued which requires that tenant improvements be complete.

There are also restrictions to the landlord having access to the premises and to the business records. By example, a landlord would need to comply with sign-in and badge requirements before entering an area where cannabis products are located. The landlord will not be able to access cannabis-related business records unless the licensee tenant is physically present at the MED.

Regarding the term of the lease from the landlord’s point of view, a shorter term may be safer and can readjust rent upwards in a rising market. The tenant’s point of view may be for a longer-term lease to cap the rent payments and protect the investment in the property and goodwill.

The fixtures usually become the property of the landlord upon lease termination, but trade fixtures are sometimes excluded. Trade fixtures could include such items as grow lights, irrigation, sophisticated electrical, and tracking and surveillance improvements. The cost of finishing out a cannabis grow facility is usually big dollars. It is important to sort out upfront which fixtures remain with the property and which fixtures leave with the tenant. This is particularly important since grow technology changes rapidly.

Since cannabis is still Schedule I and illegal under federal law, it makes it very difficult for a traditional lender to make a loan. Thus, opportunities abound for private lenders. However, all parties need to be aware that federal and state drug forfeiture laws could cause the property to be confiscated by federal law enforcement officers, even for violations of state law. There are numerous opportunities for legal entanglement and unforeseen legal consequences with private lenders in the cannabis business, including the amount of the loan, interest rates, terms and personal guarantees/security of the loan. Some red flags to watch for in financing issues are high fixed interest rates on the loan, variable interest rates based on profits, security interests in the license or inventory, security interest in the equipment used directly in the manufacture or cultivation of cannabis or infused products.

There are different Home Owners Association (HOA) issues for residential units and commercial units. In residential units, each adult has the right to grow up to six plants at various stages of development. There are issues with grow lights, high humidity, and again, the federal illegality issue. Regarding commercial units, there are the same concerns as in residential, but can also include increased expenses for insurance and utilities, odors, and the risk of explosion during the extraction process, to name a few.

Generally, covenants, conditions and restrictive language prohibits activities that are in violation of any law, ordinance, rule or regulation which would clearly include a cannabis business. Thus, there may need to be amendments in the provision. Furthermore, the energy use for a grow operation can become astronomical from the use of grow lights, air conditioning, and other controls over the environment. It may require significant power upgrades to the property.

It is also important to consider zoning issues which can vary from municipality to municipality. There are also proximity issues that include odors and objections from neighbors.

Federal bankruptcy is not an option for cannabis-related businesses, and nearly all dealings will be done in cash. Thus, it is important for all parties to maintain detailed records. Additionally, the landlord may have difficulties depositing cash payments that smells like cannabis, or large cash deposits may trigger banking difficulties. There are also insurance issues to consider with the cannabis business. Most standard insurers will not insure such businesses, so a need for expensive excess lines carriers may be necessary. There are insurance agents who specialize in cannabis-related properties.

On January 17, 2017, the Federal 10th Circuit Court of Appeals in Denver heard oral arguments in a consolidated case that claims Colorado’s recreational cannabis laws fly in the face offederal controlled substance laws and the Racketeer Influenced and Corrupt Organizations Act (RICO) laws. Some of the issues to be determined are: the wafting smell and its possible effect of neighboring property values, the impact of greenhouse construction on property. It could take months for the 10th Circuit to issues its opinion. Safe Street Alliance v. Alternative Holistic Health, 16-1048.

Mediating real estate disputes, including cannabis related real estate disputes, is a recommended and effective way for problem solving. This is particularly so in the cannabis business where oftentimes friends and family members are co-investors, and it is important to try to maintain those relationships despite disagreements. Furthermore, there is very little case law addressing cannabis type issues, and it could be very risky to take such cases to court, which can most assuredly result in an appeal due to the evolving nature of the case law. Additionally, mediation is a confidential process for the parties in dispute to come up with their own resolution that will work for them without the interference of the court. Additionally, a majority of Colorado courts require mediation before a trial is set.
I make myself available to assist parties through mediation in arriving at a confidential and enforceable mutually agreeable resolution of their dispute.

The author would like to thank Joel D. Russman, Esq. for his guidance and assistance in this article.